The VCS to VCSA Converter Appliance is the winning idea from the 2013 Fling Contest. It allows customers to migrate from Windows vCenter Server with an External Microsoft SQL Server Database to the vCenter Server Appliance with an embedded vPostgres database. The Fling migrates the vCenter database, roles, permissions, privileges, certificates and inventory service. The target appliance will run at the same IP address as the source vCenter. 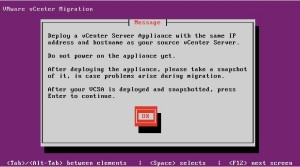 Here is a diagram to help visualize the migration process 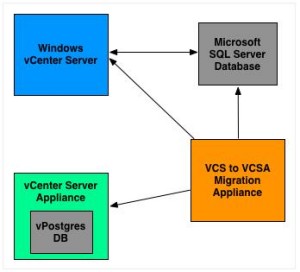